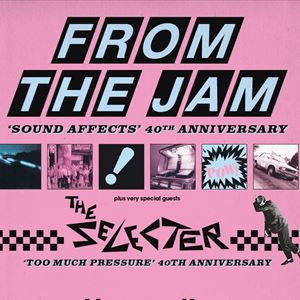 + very special guests: THE SELECTER 'Too Much Pressure' 40th anniversary