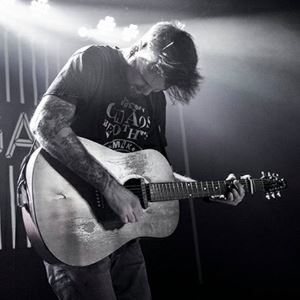 Gaz makes a bonus stop in Swindon this year, and at a different venue!

Since winning Acoustic Magazine’s singer songwriter of the year competition back in 2010, Gaz has spent his time touring the UK and Europe. During this time, he has had the pleasure of sharing the stage with the likes of The Levellers, New Model Army, Seth Lakeman, The Wonder Stuff, Newton Faulkner, Frank Turner and many more. A festival favourite, Gaz has played at over 100 festivals in the last few years, including Glastonbury, Beautiful Days, Bearded Theory and Boomtown.