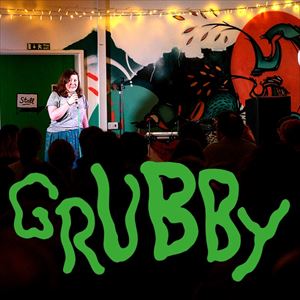 Please note, Grub can be made accessible with prior notice. Let us know what your needs are and we can liaise with their team. Alternatively, you can contact them on 07767 259 640.

Following their sold-out inaugural show, Grubby Comedy is returning to Manchester for another hilarious night of fun on 7th May. Featuring the most exciting names in unsettling DIY comedy for people who were raised in caves and never even knew what sunshine felt like until an expedition unearthed them. Book your tickets and see:

Hosted by our fantastic friends at Grub at the Red Bank Project, Manchester's hottest new event space. What weirder way is there to start the Bank Holiday?

"...the city’s best comedy event of the year so far, by some measure" Creativetourist.com