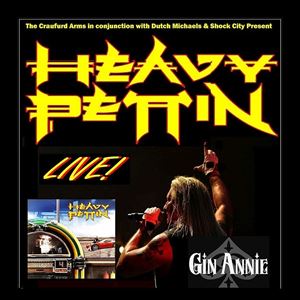 Heavy Pettin' first stirred into action when vocalist Hamie, guitarists Gordon Bonnar and Punky Mendoza, drummer Gary Moat and bassist Brian Waugh first burst out of Glasgow in 1981. They were vibrant, priapic, anthemic and focused. As they showed on a three-track demo, and on the subsequent debut single for independent label Neat (‘Roll The Dice’/’Love Xs Love’), they were more than mere Def Leppard slaves. In fact, the Pettin’ had an international sound that owed something to AC/DC, UFO, Thin Lizzy and Foreigner, but also had its own raging momentum.