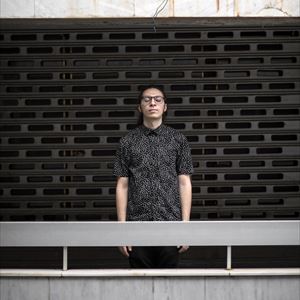 All Hello Psychaleppo performances
Have tickets to sell? – Find out more

Hailing from one of the most mystical and musically rich cities in the Levant. Hello Psychaleppo is deeply rooted in Arabic music tradition, captivating listeners with melodic strains of Tarab threaded seamlessly together with the convoluted sounds of electronic music.

Hello Psychaleppo's compelling visual presentation is integral to the live experience that engages the soul and moves the body. Hello Psychaleppo is the brain child of Aleppian music producer and visual artist Samer Saem Eldahr.

Hello Psychaleppo's first album "Gool L'ah" released in 2013 pioneered the music genre of Electro-Tarab and gained a credible following. The album was the first of its kind, combining Arabic music theory and rhythms with electronic music tools and sounds creating a harmonious blend that is Electro-Tarab.

VICE Magazine described the music as, "A pastiche of twitchy electronic sounds and golden age Arab pop music of the 1950s and 60s. It is alternately danceable and cathartic, melancholic and apocalyptic. It's Massive Attack meets Abdel Halim Hafez." Hello Psychaleppo has released three full albums, 'Gool L'ah' (2013), 'HA!' (2014) and 'Toyour' (2017) creating a journey for listeners into the world of Arabic melodies, elaborate arrangements, and cathartic dance music.