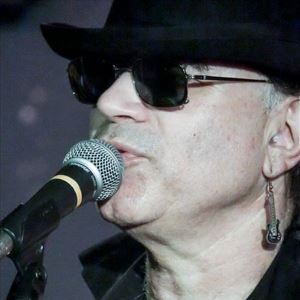 The Hitman Blues Band plays hot original modern blues - hot grinding blues, slow blues, R&B, surf, Chicago, Texas swing and Delta influenced music.They have rocked New York for 30 years with their own searing brand of Blues/Rock.  They love our UK music scene and we have been lucky enough to play host to this superb band every couple of Muzicreviews.com said "The music of The Hitman Blues Band will make you glad that music exists in the first place".
They have built up a considerable fan base both at The Eel Pie Club and throughout the UK and Europe.  Led by founding member, guitarist/vocalist Russell "Hitman" Alexander with his gravelly vocals and gritty blues fretwork, Russ has also shared the stage with Johnny Copeland, LaVette Jackson, Smokey Robinson, Diana Ross, The Coasters, The Ink Spots and Whitney Houston.