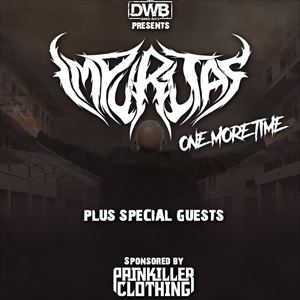 All Impuritas + Support performances
Have tickets to sell? – Find out more

Impuritas are a hard-hitting heavyweight metal band from the Isle of Thanet. Formed in 2011 and known for their intense live performances, they travelled around the UK appearing at various venues and festivals, including the legendary Camden Underworld.

After calling it a day in 2017, they have decided to return for one night only. Support to be announced.