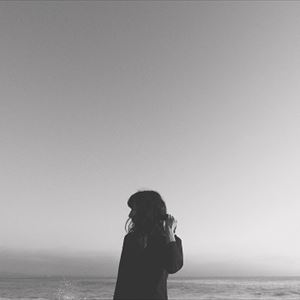 In an era of uncertainty and introspection, frustrations will inevitably arise. Yet there may also be the potential for change. It's possible that the warping of time and the journey into one's own headspace that come with altered circumstances allow a moment to render the inner voice in the service of something transformative and pure.

Indeed, Lorena Quintanilla - better known up until this point as one half of Lorelle Meets The Obsolete - has undergone just this kind of trajectory in her solo reinvention as J. Zunz 'Hibiscus', her second album after 2017's 'Silente', is the result of a metamorphic process whereby the minimal is rendered maximal and the personal fused with the political.vThe initial vision for the J. Zunz project was for Lorena to strip her approach down to the basics. "Lorelle is a collaboration, so every individual idea is transformed into something else. And I love that, but somehow I felt that I needed another outlet. I just needed simplicity." Yet the strikingly confident and singular 'Hibiscus' marks a move on sonically from earlier comfort zones in her work, into minimal electronics, hypnotic repetition and compelling trance states, arriving at a soundworld in which cyclical synth patterns, eerie ambient textures and cathartic vocal exhortations coalesce into a beguiling atmosphere of otherworldly intensity.

Although some might hear echoes amongst these songs of the like of Angelo Badalementi's ghostly raptures, the bleak epiphanies of Nico's 'Marble Index' or Fifty Foot Hose's spare sci-fi psychedelia, both the approach and the resulting tapestry here are Lorena's and hers alone. Yet 'Hibscus' more than anything else is a process of alchemy - turning a less-is-more approach into a formidable psychic assault, and undergoing an artistic transmutation that renders compelling and uplifting work from trying times. "I didn't want these songs to sound vulnerable." Lorena reflects."I wanted the songs to be everything I wasn't at that moment: strong and fearless."