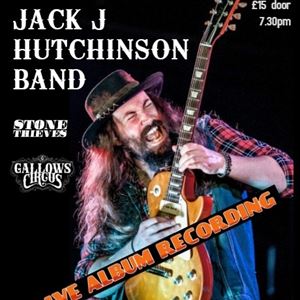 Jack J Hutchinson brings his Who Feeds The Wolf? Tour to Leo's.

Jack has played the venue many times over the years, previously recorded his Love Is Gonna Bring You Home video there and released a limited edition Jack J Hutchinson Live At Bluesfest CD which sold out within a week!

This show will be recorded too with plans to release the show as a live album later in the year.

Jack will be supported by The Stone Thieves and Gallows Circus,  both of which will perform a 45 min set each.