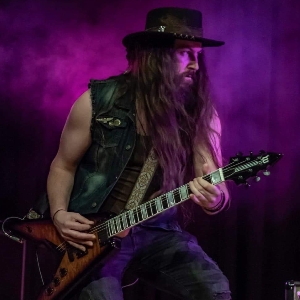 Fan-to-Fan Resale Tickets
Jack J Hutchinson launches his new album ‘The Hammer Falls’ with a set of brand new songs, plus tracks from his back catalogue. Described by Classic Rock Magazine as being “born to sing rock and blues”, Hutchinson follows up last year’s top 10 charting albums ‘Who Feeds The Wolf?’ and ‘New Wave Of Rock N Roll’ (Earache Records) with a new set of raunch n roll southern rock.
Support comes from Devon based modern rock piece, Firekind

‘WHO FEEDS THE WOLF?’ OUT NOW

Watch the video for ‘Justified’: https://youtu.be/LDIbtXr3TTw

“One of the debuts of the year” (Planet Rock)

“A name to watch out for” (Guitarist Magazine)