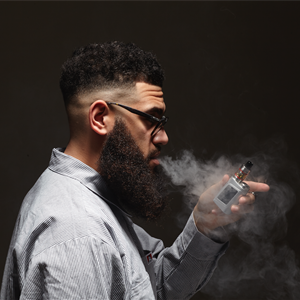 All Jamali Maddix performances
Have tickets to sell? – Find out more

Critically acclaimed comedian and host of Vice's Hate Thy Neighbour and Channel 4's Adventures in Futureland, Jamali Maddix is heading out on tour again after his incredible 2018 World Tour. The new show reflects on tales from the front line of social change and uncomfortable home truths. As seen on Live at the Apollo (BBC Two), Frankie Boyle's New World Order (BBC Two), 8 Out of 10 Cats (More4), Dara O'Brien's Go 8-Bit (Dave).

Critically acclaimed comedian and host of Viceland's Hate Thy Neighbour, Jamali Maddix is embarking on his first World Tour. He'll be bringing brutally honest and unflinching material on the state of society along with personal tales from his travels around the world of hate and moral confrontation. As seen on Live at the Apollo (BBC2), The John Bishop Show (BBC1), 8 Out of 10 Cats (More4), Dara O'Brien's Go 8-Bit 8 (Dave).

'Something to offend everyone' **** Sunday Times

'It's a failing of the comedy industry that there aren't more voices like Jamali Maddix on the circuit.' **** Chortle

'If you are easily offended stay away. If you think you're not, prepare to be challenged.' ***** Edinburgh Festivals Magazine