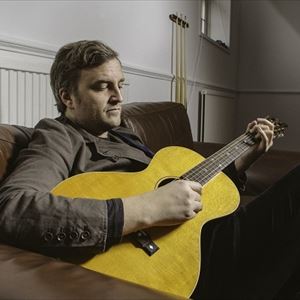 All James Walsh performances
Have tickets to sell? – Find out more

Front man of multi-million selling band Starsailor, James Walsh has proven
his own worth as a singer-songwriter in his own right. He’s written songs with
Eliza Doolittle, Melanie C, Suzanne Vega, and Professor Green – to name a few; as well as writing movie soundtracks.

Starsailor’s initial run of success saw both their ‘Love is Here’ debut album
and the 2003 follow-up ‘Silence is Easy’ hit #2 on the UK charts as they
raced to a total of 3 million sales. The band also enjoyed more than their fair
share of prestigious gigs, supporting the likes of The Rolling Stones, The Police, The Killers, and U2.

James recorded his latest solo album ‘Tiger On The Bridge’ in front of an
audience of fans at RAK Studios in London, there was even a successful
marriage proposal during the recording which James orchestrated on behalf
of the groom-to-be. The album was released on Friday 31 st  May and James
recently completed a UK tour to showcase the album and some Starsailor favourites.