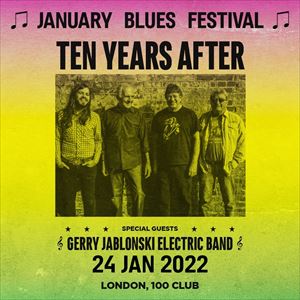 On the line up for the original Woodstock Festival in 1969, Ten Years After also had 12 albums in the Billboard top 100 charts during their heyday.

Best known for songs such as I'm Going Home, Hear Me Calling, I'd Love To Change The World and Love Like A Man, this is a rare chance to catch such a big name group at the legendary 100 Club.