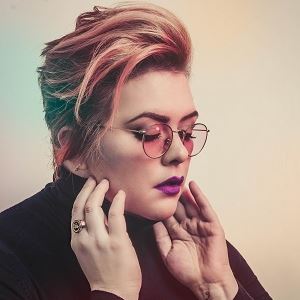 Jayde Adams
All Jayde Adams performances
Have tickets to sell? – Find out more

Please collect you tickets from the venue on the night of the event.

Time advertised is the start time of the event. Doors will be approx 10 mins before.

In 2019 if you want to be a ‘successful independent woman person’ you better have something you want to say and you better be wearing a Serious Black Jumper™. In her SBJ™ Jayde will rifle through all the noise and self-promotion and figure out what’s actually going on.

If you want to be a successful woman in 2019 – it’s time to get serious. If pop stars, razors and even sausage rolls can attach themselves to important movements to sell themselves why can’t Jayde Adams?