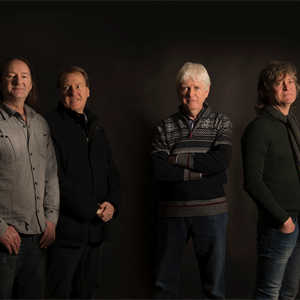 John Lees’ Barclay James Harvest return to tour the UK for the first time in two years which will see the band promote a new studio album (due for release in early October) to follow on from the successful and acclaimed 2013 album North and the wonderful music of BJH over a staggering fifty years.

The band’s first single, “Early Morning”, was released in April 1968 by EMI Records’ Parlophone label and from there the band’s legacy includes a series of classic albums such as such as Barclay James Harvest, Once Again, Barclay James Harvest and Other Short Stories, Everyone Is Everybody Else, Barclay James Harvest Live, a double album which became their first UK chart album, Time Honoured Ghosts (recorded in San Francisco by Neil Young producer Elliot Mazer), Octoberon, the platinum selling album Gone to Earth, and performing to 175,000 people on the steps of the Reichstag in West Berlin in 1980 (the album of which topped the German charts) and selling over 500,000 concert tickets on a subsequent German tour.

With such classic songs as Mockingbird, Hymn, Child of the Universe and Poor Man’s Moody Blues featuring alongside more recent acclaimed material such On Leave, the 2018 tour dates promise an evening of classic Barclay James Harvest music alongside some songs from their forthcoming new album. Over five decades since the first Barclay James Harvest record and with the release of a new studio album in the Autumn of 2020, John Lees’ Barclay James Harvest look forward to live performance once more.