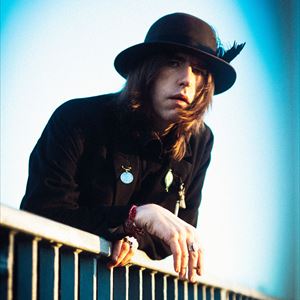 "The whole albums “finish it tomorrow” rawness recommends it to fans of Tricky, Sparklehorse and Mark Lanegan.”

“Murry conjures a brooding intensity throughout this darkly compelling album, with the impressive quality of the song-writing guaranteeing repeated listening.”

“Murry and producer John Parish know a thing or two about

“Murry’s scorched earth life may not have become a bed of roses, but

at last some daisies are pushing through”

“The Star’s Are God’s Bullet Holes pairs the singer-songwriter with PJ Harvey producer John Parish for a delicately brutal tapestry of soul-baring lyrics and frazzled, cut-up backings, which, while they recall Lambchop or Eels, show Murry very much has his own thing going on."