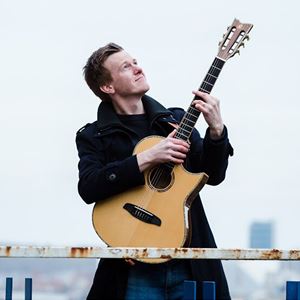 All Jon Hart Live at Strings Bar & Venue performances
Have tickets to sell? – Find out more

Jon Hart is a fingerstyle singer-songwriter based in the UK. He blends modern percussive fingerstyle guitar with emotive/gritty vocals and songwriting to create an immersive one-man acoustic band experience. Although his technical abilities could be compared to the likes of Jon Gomm, Newton Faulkner and Petteri Sariola, Hart offers something distinctive in this small pool of virtuoso acoustic guitarist-singers. As one fan put it: "You have to see the act live to believe it".

The sole aim in all Jon's compositions and arrangements, is that he can emulate them live; they are not just layered recordings. He manages this with just with one acoustic guitar and vocals without the use of a loop pedal (now and again he uses a harmony pedal to generate vocal effects specific to the song). Jon's music is authentic and has been critically acclaimed in the acoustic world (Acoustic Magazine, GuitarWorld and BBC Folk).