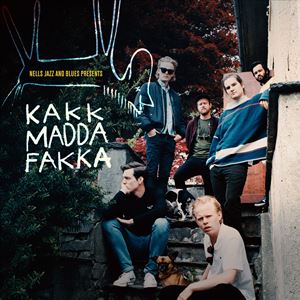 All Kakkmaddafakka performances
Have tickets to sell? – Find out more

Kakkmaddafakka is a Norwegian indie rock band formed and based in Bergen. They are known for their high energy live performances and their pioneering use of social media.

The band was formed by brothers Axel and Pål Vindenes, together with school friends Jonas Nielsen and Stian Sævig. All classically trained musicians, the band was formed to play a one-off show at a local youth centre, Ungdomshuset 1880, but after positive response the band continued to play many live shows around Norway. In 2006, the band made their first recording and released the EP Already Your Favourite EP which was produced by Matias Tellez and featured the track "OOO".

Kakkmaddafakka released its first LP Down to Earth on 24 September 2007, which reached number twenty on the VG Topp30 Album list and brought the band nationwide attention in their native Norway, despite a largely negative critical response.

The band is one of many artists who emerged from Bergen, which the Norwegian press has called the "New Bergen Wave", as it is reminiscent of the many successful bands that emerged from Bergen in the late 1990s and the early 2000s.