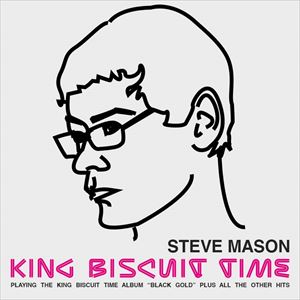 14+ only. 114s to 115s must be accompanied by an adult. No refunds will be given for incorrectly booked tickets.

The Peoples Choice, Steve Mason, has announced details of an extensive and opulent UK tour in the spring of 2021 on which he will be performing his King Biscuit Time album Black Gold in its entirety in what is being dubbed ?THE GREATEST SHOW ON EARTH!' Imagine a Scottish Liberace with stubble, a slightly lower voice and more sensible footwear and you are half way there. HISTORY IN THE MAKING!

Very much a Steve Mason solo project, he released the first King Biscuit Time EP, Sings Nelly Foggits Blues in "Me and the Pharaohs", in 1998 while still in The Beta Band. A second EP, No Style which features the legendary track I Walk The Earth, followed in 2000 yet it was to be another 6 years before the release of Black Gold, King Biscuit Time's one and only album.

Originally released on Alan McGee's Poptones Records, it was in fact the very first bio-degradable CD packaging because KBT loves planet earth and most of the humans who live here. The album will be re-released with new tracks in early 2021 on fully official vinyl for the first time. WHAT A TIME TO BE ALIVE!