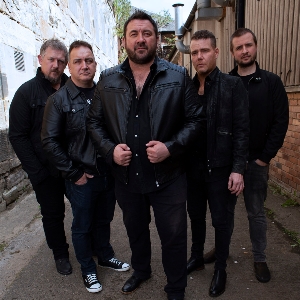 Its back to business !King King - ?best blues-rock band in the world? (Blues Rock Review)The mission is far from accomplished for the Glaswegian Rock band. ?We're not stopping to smell the roses,? says lead singer Alan Nimmo ?We want to take this band as far as we can?.... and so it continues, don't hang about to get your tickets for this concert, King King are hot, and they are arguably one the best live acts out there at the moment.New album ?Maverick' Out Now

Jim Kirkpatrick is a renowned guitarist and musician from Cheshire, England who is currently the lead guitarist with legendary British classic rock band FM.
Jims new solo album 'Ballad Of A Prodigal Son' was released in 2020