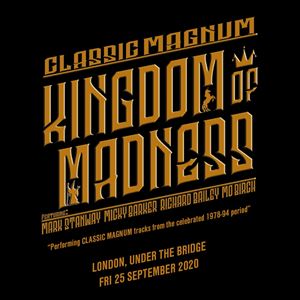 This reunion of formemr members of one of the UK's most revered melodic rock bands to perform music that has touched the heart of generations has been met with the highest acclaim from both music critics and audiences alike.