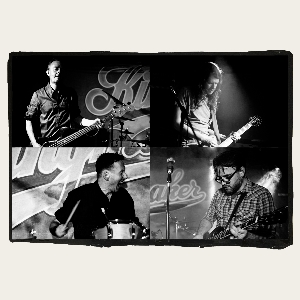 All Kingmaker 4AD plus support performances

On a hot night in August 1991 Kingmaker played to an over-capacity crowd at the New Adelphi club, their spiritual home, a week after having graced the main stage at the Reading Festival for the first time.

A few weeks later their debut album - Eat Yourself Whole - would be released.

Thirty years later, plus a few extra months due to injury and COVID, Kingmaker 4AD will be back at the New Adelphi playing all the tracks from Eat Yourself Whole in full, plus a few extras!