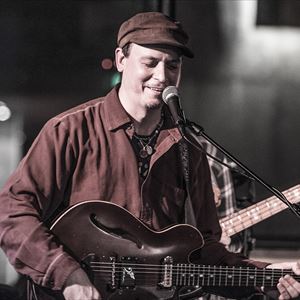 The conceptual influence of Kurt Rosenwinkel's music can be readily observed on a global scale. Whether in concert halls, basement jazz club wee hours jam sessions, conservatory practice rooms or radio station airwaves, Rosenwinkel's distinctive voice as a composer and guitarist has had an undeniable impact on music in the 21st century.

The American multi-instrumentalist, composer, and producer has gained international recognition for his deft artistry and unabated individualism since he first appeared on the New York music scene in 1991. His legacy as the pre-eminent jazz guitar voice of his generation is plainly evident on his eleven albums as a leader, each one the inspiration for legions of musicians young and old across the globe. Kurt's aesthetic vision and multi-genre facility has caught the ear of some of modern music's most prominent stars; collaborations with Eric Clapton, Q-tip, Gary Burton, Paul Motian, Joe Henderson, Brad Mehldau, and Donald Fagen are but a few highlights from a remarkably diverse and extensive catalogue of over 150 sideman recordings.