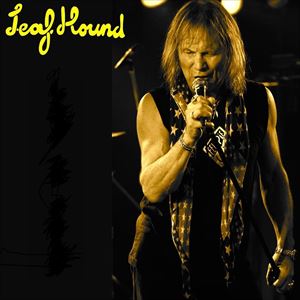 Led by original vocalist, Peter French (also of original and recent Atomic Rooster fame), Leaf Hound was a product of the SW London rock scene of the late '60s which spawned the likes of Free and other blues-rock acts, and their 1971 Growers of Mushroom album has achieved massive cult status and now exchanges hands for over £6,000 and was voted the 'Number one most collectible Rock album!' in Q Magazine!!  Line-up is Peter French on vocals, Tom Smith on guitar, Peter Herbert on bass and Dominic French on drums.