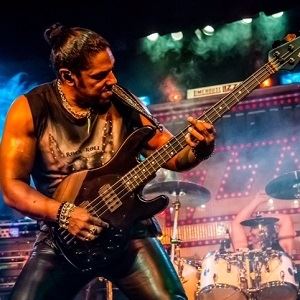 All Limehouse Lizzy performances
Have tickets to sell? – Find out more

From their Official PRS award, performing for Virgin Atlantic in Barbados, T.V. appearances (BBC Two's 'Arena' amongst others), and to actually being recruited to record and tour by members of the original Thin Lizzy, Limehouse Lizzy enter their 21st year with their most explosive show and critically-acclaimed line-up yet.

"Entertainment for more than a decade...fantastic live music" - Arena BBC2

"If you're sceptical about tribute acts, you won't be after seeing Limehouse Lizzy" - Radio Times