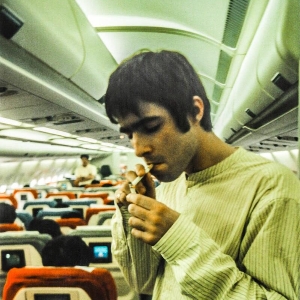 Indie fans in the North East are in for a treat late this summer when Live Forever – a new touring production – rolls into Sunderland celebrating music “that will never die”.

Taking place at the recently refurbished venue The Point, in Sunderland City Centre on Friday, September 10th, Live Forever is set to feature the world's number one Oasis tribute - 'Oasis UK' - as well The Kar-pets, an Inspiral Carpets tribute band actually fronted by the arguably the original band's most famous singer, Tom Hingley.

Oasis UK will make a welcome return to the North East on the back of their previously sold-out tour, which saw them wow crowds in London, Dublin and Belfast.

Officially recognised by Liam Gallagher himself as the best Oasis tribute on the planet, their show comes complete with a video wall and projector light show using the official Oasis visuals as used on their last tour.

The band were described by BBC Radio 2 as “the next best thing now that Oasis have split” and will be joined on the bill by the official Oasis and Noel Gallagher's High Flying Birds DJ, Phil Smith - who has a special ear for all things indie having spent years on the road with The Stone Roses, as guitar technician.

Speaking about his return to the North East, Tom Hingley today said: “I'm very excited about coming to Sunderland again. The North East is very much a second home for Manchester music, and I have enjoyed many funny, riotous nights on Wearside in particular.

'You can expect a high octane performance of Inspirals classics from the Kar-pets. The band features Andrew Stewardson on keys, who was in the Mock Turtles, so it’s a Manchester Supergroup that beckons at the Point in September!”

Completing the bill at The Point is the UK's leading Britpop covers band The National Anthems, who will get the night started with optimum swagger.