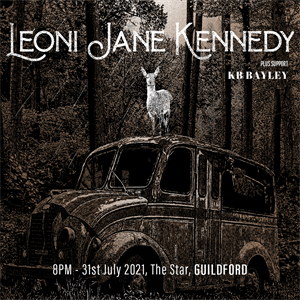 All LJK & KB Bayley | Live performances
Have tickets to sell? – Find out more

Fan-to-Fan Resale Tickets
We are really excited to be back ! Team Star will be carrying on with their amazing service to make sure you are welcomed and looked after.

More than just sick hair and rad harmonics LJK has been a rock in the local scene. With her new track Life Like This still fresh on your playlist sit back and enjoy a full band set.

Leoni Jane Kennedy is a Blackpool born, Guildford based singer-songwriter often described as 'haunting' with very intricate guitar melodies and riffs, achieving a new alternative rock sound with her up and coming band. Since winning the ‘Freddie Mercury Scholarship’ to her university endorsed by members of the band ‘Queen’, Leoni has gone on to create an album and single with renowned producer of Mötorhead and Uriah Heep, John Gallen. The band supported KT Tunstall in 2019 for International Busking Day alongside up and coming country artist Josh Gleaves, and have continued to grow their audience around the Surrey/London area.