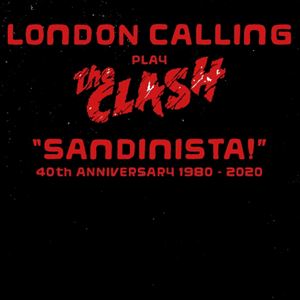 London Calling
The Clash Tribute
All LONDON CALLING play The Clash "Sandinista!" performances
Have tickets to sell? – Find out more