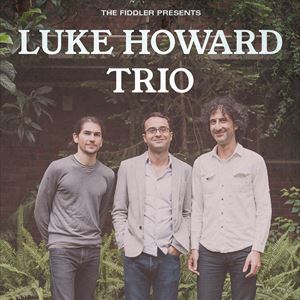 All Luke Howard Trio performances
Have tickets to sell? – Find out more

Combining elements of chamber music and ambient electronica into his tranquil creations, Luke Howard has earned credits as a pianist, film scorer, and producer in addition to recording his own modern compositions. He worked as an assistant to experimentalists like Nico Muhly, Ben Frost, and Valgeir Sigurðsson while establishing himself as a composer and instrumentalist. The Australian made his Montreux Jazz Festival competition debut in 2001 and began to find work scoring film shorts, television, games, and theater in the late 2000s. He debuted the Luke Howard Trio with Jonathan Zion and Daniel Farrugia on 2010's The Meadowlands, and was nominated for the Australian Music Prize in 2013 for his own Sun, Cloud.

Howard studied classical piano from an early age and went on to graduate from the University of Melbourne's Victorian College of the Arts. In the early 2000s, he was a two-time finalist in the Montreux Jazz Festival Solo Piano Competition. While playing piano on recordings by artists including Glenn Cannon, Slava Grigoryan, and Don Banks, he composed music for the 2009 documentary Children of the Eclipse, leading to further assignments in television, film, games, and theater. In 2010, he made his recording debut as bandleader on The Meadowlands by the Luke Howard Trio, which also included bassist Jonathan Zion and drummer Daniel Farrugia. A year later, he released Open Road, a collaborative album with bassist Janos Bruneel. Back in the scoring realm, Howard was an assistant to Ben Frost on his score for the 2011 online game World of Darkness (based on the Andrei Tarkovsky film Solaris). The following year, he assisted Nico Muhly on his album Drones and Valgeir Sigurðsson on Architecture of Loss.