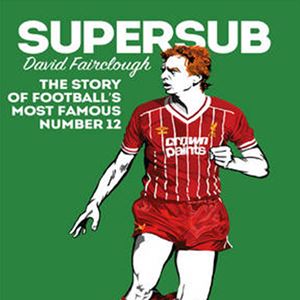 The flame-haired Liverpool-born raider joined the club during the Bill Shankly era but exploded onto the big stage during Bob Paisley's management reign. During his debut season of 1975-76 he hit seven goals in 14 League appearances - nine of them as substitute - to help land the title.

Fairclough's pace and shooting power, which brought him 55 goals, tested the finest defences. His most famous strike came in March 1977 when, with time running out, he went on and scored the winner against crack French side St Etienne in the European Cup quarter final second leg.

Fairclough's own favourite goal also came as a substitute at Anfield a year earlier when he beat six Everton defenders before firing past goalkeeper Dai Davies to win the Mersey derby. Yet despite his reputation Fairclough's 61 stints as a substitute were eclipsed by his 92 Liverpool starts.

English football's prototype 'super sub', renowned for his memorable scoring exploits after stepping off the bench. The label is one Fairclough never relished but has learned to live with as he reflects on his massive medal haul.

This event will also be supported by hilarious comedian Denny Waters. Denny is one of the finest comedians to come out of Liverpool and will no doubt have us all in stitches and keep us thoroughly entertained.

The ticket price of only £30 ( plus B.F ) includes a hot meal and a cheeseboard. Throughout the evening we will also have various fundraising opportunities for the continued running of Llay Welfare FC including a 50/50 cash draw and a prize raffle, plus our ever popular Heads or Tails game where you could walk away with a huge cash prize!
This all takes place on Friday 17th April upstairs at Llay Miners Welfare Institute in the fabulous Carlsberg Suite with a recently refurbished bar that's open throughout the evening and very late into the night.
Tables of ten are available.