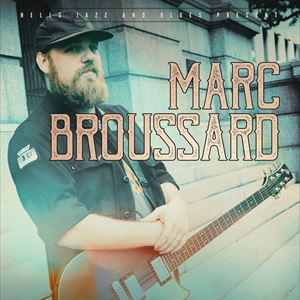 Marc Broussard (born January 14, 1982) is an American singer and songwriter. The Louisiana native released his first major album (with Island Def Jam Records) on August 3, 2004. The album's title Carencro pays tribute to the musician's hometown of Carencro, Louisiana. His style is best described as "Bayou Soul," a mix of funk, blues, R&B, rock, and pop, matched with distinct Southern roots.

Marc is best known for the songs "Where You Are" and "Home." Broussard previously released several independent efforts, including 2002's Momentary Setback which spawned the hit "The Wanderer", a song about self discovery. A re-worked version of the song appears on Carencro. As of July 2005, "Home" was released as a single.

Although Broussard is rather unknown, he is characteristically known and critically praised for his strong vocals. However, he has garnered an uptick in popularity thanks to a snappy tune "Must Be The Water" which is featured in television commercials on TNT for the 2008 NBA All-Star game held in New Orleans.