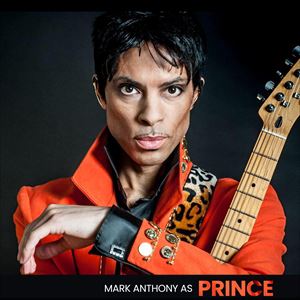 All Mark Anthony as Prince Live at Strings Bar & Venue performances
Have tickets to sell? – Find out more

The music of Prince performed by a stunning live band featuring Mark Anthony as the legend that is Prince.

Mark Anthony, who made history by being the first tribute artiste to ever appear on television’s ‘Top of The Pops’ music show.

Touring his live show throughout Europe and most of the UK, and Parts of Ireland and Scotland, plus an exclusive performance in Russia with his PRINCE extravaganza show.

Just back from one of the biggest events in Miami Florida.

"Bestbuddies". Appeared in numerous television shows and movies over the past few years and is currently on tour with his own theatre production of Mark Anthony as Prince, whereby he performs many of the greatest hits by the artiste known as Prince, including Kiss, darling Nikki, I feel-4-U the beautiful ones and of course Purple Rain.

Recreating some of the scenes from Prince's music videos but for the live stage..

Many more festivals are booked for the coming years.

A must see, feel good trip down memory lane for anyone who loves Prince.

With the greatest respect to our Prince R.I.P.

ITV production, have also filmed Mark Anthony for another documentary about the life and career of our Prince.

Don’t miss this show….he’s incredible! It really is a winner.