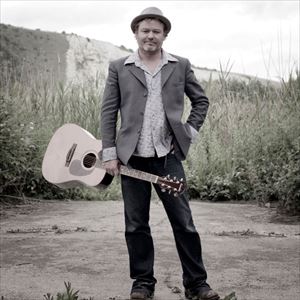 One of the UK’s most successful songwriters, Mark Chadwick, has co-written 20 chart singles and 6 Top 40 albums (including a Number 1) as part of the Levellers, the band he has fronted for over 25 years.Still going strong, the Levellers are festival favourites and have cemented their cherished status with headline performances  at Glastonbury, Isle Of Wight, Cambridge Folk Festival, Bestival and Boomtown and many European and UK events and in 2003 they successfully created their own annual Beautiful Days  Festival which takes place in August at Escot Park in Devon.
During this time Mark has released two solo albums ‘All the Pieces’ and ‘Moment’ and his upfront and personal solo performance will see him play a mixture of material from these albums and Levellers classics. Be warned, Mark will have you up dancing!