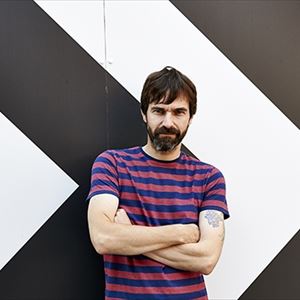 All Mark Morriss performances
Have tickets to sell? – Find out more
Covid regulations - show is all seated, please book the tickets for your complete party. Tables sizes are reserved according to ticket purchase. Its not permitted to mingle with guests from other tables. Masks must be worn when walking around the club

Covid regulations - show is all seated, please book the tickets for your complete party. Tables sizes are reserved according to ticket purchase. Its not permitted to mingle with guests from other tables. Masks must be worn when walking around the club

Mark Morriss is a singer songwriter who famously made his name fronting English indie outfit The Bluetones. Mark fronted the four piece over a successful and fruitful 15 year period, scoring 14 top ten singles and 3 top ten albums, whilst touring the UK, Europe and Japan, before temporarily disbanding in 2011.

After releasing ‘Memory Muscle’ in 2008, Mark banded together The Mummys and hit the road. He spent the best part of that year touring Memory Muscle while The Bluetones took a short sabbatical, often with his bandmates in tow, either sharing touring duties or joining him in the studio for the odd overdub.

After returning to The Bluetones to record their ‘A New Athens’ swan song, Mark re-focused his attention on his solo career. In 2013 he recorded ‘A Flash of Darkness’, raising the recording funds via a successful Pledge Music campaign.

The album was then given a general release by Acid Jazz Records the following year, whilst Mark continued to tour both as a solo acoustic artist and with an ever changing line up behind him. The various members of The Magical Sex Band.

In the summer of 2015 Mark recorded and released ‘The Taste of Mark Morriss’ for Acid Jazz. Intended as a companion to ‘A Flash of Darkness’, the album comprised a collection of cover versions of songs that had informed the writing of its predecessor.

At the same time as producing and touring his own solo material, Mark has produced Theme and Chapter music for the audio versions of David Walliams’ successful series of children’s books, from ‘The Boy in the Dress’ right through to his latest, ‘The Midnight Gang’, all released on Harper Collins.

Since 2013 Mark has also been a member of Acid Jazz label-mate Matt Berry’s touring band The Maypoles. When in 2015 The Bluetones announced that they would be returning to play a series of anniversary shows it started to look like there was never going to be time to start work on solo record #4, but in December 2016 a new Pledge Music campaign was launched to raise a budget to do just that. Titled ‘Look Up’, and with an April release in mind it looks like 2017 is going to be another busy year.