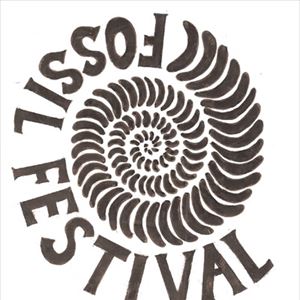 The Lyme Regis Fossil Festival is proud to present a new and wonderful theatrical performance of "Mary Anning - The Mad Woman of Lyme Regis" by the "As One Theatre"" on Saturday 2nd May at the Marine Theatre.

It is 1846, and the little town of Lyme Regis is battered by howling winter-gales. Dying and increasingly dependent on Laudanum, Mary Anning embarks on a strange dream journey through a life where she challenged the world of men and shook their beliefs to the core.
Mary is haunted by hallucinations of old friends, enemies and even the dinosaurs she spent her life hacking out of the living rock. Into this world of dreams walks a man she never thought she would see again and attempts to find a resolution to their enigmatic relationship; a play about life and death; frustration and achievement; dreams and memories of long, long ago. It is said that struck by lightning as a baby, 19th Century fossil hunter, Mary Anning was destined to be special; she went onto rock the world of men, science & belief.

Dorset’s AsOne Theatre presents this gripping story, touring nationally out of its county base to city theatres all over the country culminating in its final performance at the Marine Theatre, Lyme Regis. A fitting tribute to a remarkable woman.

In 2012 AsOne theatre company completed a pilot tour of a then newly commissioned play, ‘The Cabinet Maker’s Daughter’; In association with The Jurassic Coast Earth Festival and the Cultural Olympiad ( the company base, Weymouth & Portland was the Olympic Sailing Venue). The play told the remarkable story of 19th Century Dorset fossil hunter, Mary Anning. Anning was the world’s first female palaeontologist who eventually had collectors beating a path to her Lyme Regis fossil depot. They in turn named the fossils after themselves and Mary’s name receded into the mists of time; forgotten. We have revisited the play during an extra rehearsal period; revising it along with the playwright editing and rewriting creating a new 75-minute piece of multi-media theatre; including: a techno soundscape score, heightened contemporary physical imagery, puppetry, and projection, as well as a brand-new design. We are also widening our tour and reach as a company adding London, and other cultural cities to our usual more rural schedule. The playwright has already re-named the play to make sure this amazing woman’s name is remembered: MARY ANNING with the tag line “The mad woman of Lyme” ; the locals unkindly called her this towards the end of her days – unaware she was on Laudanum for the pain of breast cancer. In 2010, the Royal Society recognized Mary Anning as one of ten British women who have most influenced the development of science. One of our AsOne ‘Sheroes’! We are passionate to further what is known by relatively few – self-educated, Mary Anning will not be forgotten. A trailblazer for all young people, from any background to become scientists.