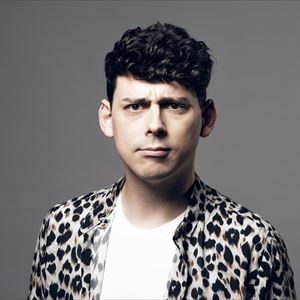 All Matt Richardson performances
Have tickets to sell? – Find out more

Following an acclaimed season at the Edinburgh Festival, the multi award-winning comedian takes to the road with a brand-new nationwide tour. Fresh from appearances on ITV2's The Stand Up Sketch Show, Celebrity Juice, & Love Island: Aftersun, and Comedy Central's Roast Battle, join the Red Bull Soapbox (Dave) host for a trademark hour of 'high wattage stand up' (Guardian). Plus support.

'Hilarious and Charming'
The Mirror

'Hilarious' Richardson delivers the kind of crude which has you giggling into the palm of your hand? one of the top comedians at the fringe' *****
Theatre Weekly