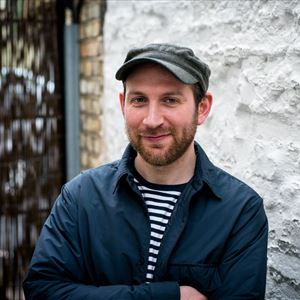 Manchester based jazz musician, composer and producer Matthew Halsall performs new material from his latest album ‘Salute to the Sun'.

A trumpeter whose unflashy, soulful playing radiates a thoughtful beauty and a composer and band-leader, Halsall, has created his own rich sound world. A sound that draws on the heritage of British jazz, the spiritual jazz of Alice Coltrane and Pharoah Sanders, as well as world music and electronica influences, and even modern art and architecture, to create something uniquely his own. A music that is rooted in Northern England but draws on global inspirations.

Salute to the Sun is his first album as a leader since Into Forever (2015) and marks the debut of his new band. A hand-picked ensemble featuring some of Manchester’s finest young musicians. The album draws inspiration from themes and ideas that have inspired Halsall through the years (on albums such as Oneness, Fletcher Moss Park and When the World Was One) ideas of ecology, the environment and harmony with nature.