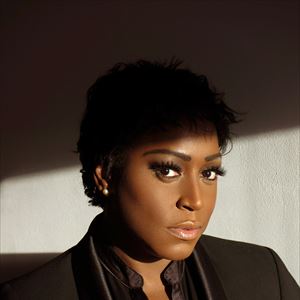 Mica Paris
All Mica Paris:UK Queen of Soul performances
Have tickets to sell? – Find out more
Fan-to-Fan Resale Tickets
After the 2017 sell-out show, Mica returns to Boisdale’s stage with her hits including ’My one temptation’ ‘Breathe Life Into Me’ and 'Where Is The Love’.

The range, power, and sheer soulfulness of Mica Paris’ singing made an immediate impact on the UK music scene in 1988 when she released her debut, the platinum-selling ‘So Good’ from which she had her first top 10 hit ‘You Are My One Temptation’. More worldwide hit albums and singles followed her debut album including ‘Black Angel’, ‘Stay’ and ‘Carefree’, and she has collaborated with many respected artists such as Prince and Jools Holland leading her to being one of the UK’s most respected female singers with a career that is full of Top 10 hit singles and worldwide albums.

Mica released two tracks produced by Guy Barker to celebrate the centenary of Ella Fitzgerald’s birth. She recorded the two classics ‘Imagine My Frustration’ and ‘Ev’ry Time We Say Goodbye’ from the Ella Fitzgerald songbook. The interest and response of these two songs were remarkable and it will be incredible to hear her sing them live.