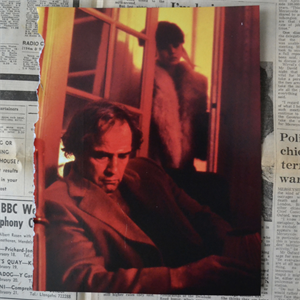 Touted at one time as the greatest songwriter the U.K. had to offer, Michael Head's long career was plagued by bad luck, bad timing, and personal struggles from the very beginning. The Liverpool-born singer/songwriter first came to notice as a member of the Pale Fountains. Formed in 1981 in opposition to the glitz of new wave and the dourness of post-punk, the group -- which also included bassist Chris McCaffrey, drummer Thomas Whelan, and former Dislocation Dance trumpeter Andy Diagram -- debuted in 1982 on the Operation Twilight label with the single "(There's Always) Something on My Mind," which generated such a positive buzz that they were immediately signed by Virgin for the impressive sum of 150,000 pounds. The label's gambit didn't pay off for them and the group's first single for the label, "Thank You," failed to hit the U.K. Top 40; the two albums they released (1984's Pacific Street and 1985's From Across the Kitchen Table) didn't shift many units either, despite their artistic value. The band and the label were understandably less than thrilled with each other, and soon after their second album, the band split up. Head returned to Liverpool from London, developed a heroin habit, and formed a band with his guitar playing brother John (who had been a member of Pale Fountains near the end of their run) called L-Shaped Room. They changed the band's name to Shack and released their debut album, Zilch, in 1988 with friend and roommate Ian Broudie as producer. Though the album's sales were poor, Shack persevered, recording a new album, Waterpistol, in 1989. However, a fire destroyed the studio and all of the group's tapes, save one copy that the producer had kept; this copy was lost on a road trip in America. The tape was found a year later by the car rental agency the producer had used, and the album was released soon after by the German label Marina. The delay (and Head's worsening heroin addiction) led to the band's disintegration, and the Head brothers went on to back one of their musical heroes, ex-Love singer Arthur Lee, while bass player Pete Wilkinson joined Cast. The Head brothers kept working on new music together, however, and with the support of French promoter Stephane Bismuth, they recorded an album in 1993 under the name Michael Head & the Strands titled The Magical World of the Strands. Though it was a critical success when it was finally released in 1997, it didn't catch on with the masses, but it did help Shack get a record deal with London Records. Working again with his brother and producers Hugh Jones and Youth, H.M.S. Fable fit on the fringes of the Brit-pop scene and the band received some of the most favorable notices of their career. Head's worsening addiction made it hard for the band to follow up, and it took four years for their next album, Here's Tom with the Weather, to surface. Their relationship with London ended and the band signed with Noel Gallagher's Sour Mash label for their fifth record, 2006's The Corner of Miles and Gil. After appearing as part of Liverpool, The Musical in 2008, the Head brothers put the band on the shelf. The ensuing years found Head kicking heroin, but he soon fell prey to a serious alcohol addiction. He kept writing songs and playing shows, but things were quiet on the recording front. He did form a new band, Michael Head & the Red Elastic Band, a loose configuration where players came and went while playing in service of Head's songs. The first recording saw the light of day in 2013 with the Artorius Revisited EP on his own Violette label; the a single followed in 2015. The band became more visible on concert stages around Liverpool and the rest of the U.K., and Head began work on a full-length album. Consisting of songs written over the years, some old enough to have been consider for inclusion on Waterpistol, Adiós Señor Pussycat was released in late 2017 by Violette and showed that, despite all the years and the endless string of poor timing, bad luck, and ill-advised choices, Head's songwriting talents were undiminished. – Tim Sendra, AllMusic