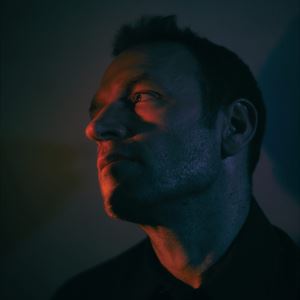 Madruguda is the Spanish word for those strange, seductive hours before sunrise. A familiar stretch of time for the seasoned raver – and for MJ Cole, an artist who’s spent much of his career exploring those magical moments. Yet despite so many nights in the clubs, some of his most powerful memories of the madrugada hours have nothing to do with dancefloor euphoria. “I've experienced a lot of early mornings, but having been up from the night before,” he says, remembering one special morning on the Severn Bridge, driving home from a solo gig and watching the sun come up. “For me, the early morning is a significant period.” With MJ Cole presents Madrugada, he sets out to capture that special feeling with an album unlike anything he’s done before.

From his breakout hit ‘Sincere’, a colossal smash at the peak of UK garage, through to his latest collaborations with next-gen stars like Stormzy, AJ Tracey and Kojey Radical, MJ Cole has been one of the UK’s most in-demand producers and remixers for over 20 years. Now, MJ Cole presents Madrugada reveals a different side of the London-born artist as he takes a break from his established career as a pop and dance hit-maker. On this album, he lets his earliest musical memories percolate through two decades of experience as an electronic producer and practised improviser. Led almost entirely by his tender and intimate piano playing, accented by subtle electronics and luxurious string arrangements, Madrugada marks a personal interlude for MJ Cole. “I've made hundreds of records and had albums out before, but this record has always been brewing in the background,” says Cole, who was winning piano competitions at the age of five. “So It’s been gestating my whole life – but the execution of it has been very quick. I really feel like a new artist.”

Cole spent much of his childhood at the piano, practising concertos and eventually winning a scholarship to City of London School while also attending the Royal College of Music junior department. In bed at night he’d listen to Schumann and Brahms on his little red Walkman. But there was always tension between the diligent apprentice and the wannabe teen outlaw – for every afternoon spent practising scales, there’d be a night out skateboarding and spraying graffiti. “My whole life's been like that,” he explains. “I used to play piano during the day, and then at night I'd jump out the window and go off with a load of spray cans, walking down Tube tracks.”