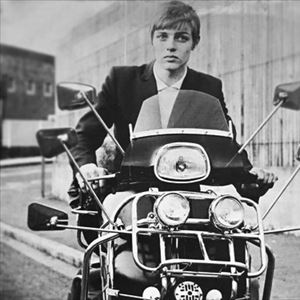 After the 2019 Mods Mayday sold out in record time we are pleased to announce the line up and new venue for the 2020 edition.

The Round Chapel in Hackney will host the 2020 Mods Mayday with some of the best live bands from the Mod scene along with stalls, visuals and DJ's for the most essential day in the Mod calender.

Eddie Piller will once again compere and this year's line up includes the following:

KENNEY JONES from the Faces, Small Faces and The Who.

The Lambrettas came to prominence in the late 1970's Mod Revival scene in the UK. Their first single "Poison Ivy" captured the zeitgeist of the time and went straight into the Top 10 of the UK charts and earned the band a slot on BBC1's "Top of the Pops". Further singles "D-a-a-ance", "Another Day, Another Girl", & "Good times" brought the band a huge audience.

Squire were named after a shop called Squires which they originally rehearsed above. They released the first single of the Mod Revival genre "Get Ready to Go" in March 1979.

Fronted by Anthony Meynell, Squire released two fantastic singles for Arista - "Walking Down The Kings Road", with anthemic "Its A Mod, Mod World" on the flip side, and "Face Of Youth Today", and a fourth "My Mind Goes Round In Circles" featured Kirsty MacColl on vocals.

Squire went on to record five albums and ten singles, including the sunshine pop album "Get Smart" in 1983, and the groundbreaking "September Gurls" album in 1984, the title track a cover of Big Star’s then undiscovered classic.

Formed in November 1979 Small World are influenced by 1960s guitar based groups like the Small Faces and post-punk new wave such as The Jam and The Clash. Small World supported the Purple Hearts & Long Tall Shorty before rleeasing their debut single 'Love is Dead' in 1981. After their second single 'First Impressions" the band played a farewell concert in 1984 at the Hope & Anchor in Islington, London.