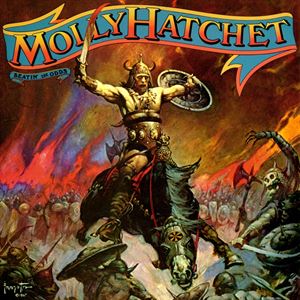 Molly Hatchet formed in the 1970's and were one of the leading groups of the 'Southern Rock' scene which also featured Lynyrd Skynyrd, The Allman Brothers & The Marshall Tucker Band amongst others. The 'Southern Rock' sound mixed classic rock with blues and country and has been taken forward in recent years by artists such as Govt Mule, Blackberry Smoke and The Zac Brown Band.

Famed for their classic hits 'Flirtin' With Disaster', 'Gator Country' and 'Whiskey Man', Molly Hatchet have been recording and touring for over 40 years. Their new LP 'Battleground' is out now.