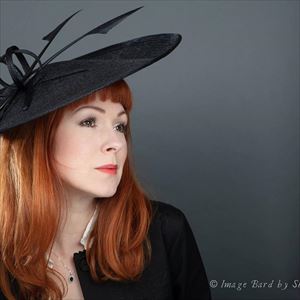 Amy first came into the spotlight as the vocalist, lyricist, songwriter and art director for the award-winning, dark-classical-pop trio Beatrix Players, with the release of their album Magnified in 2017. Her voice and lyrics claimed the attention of many reviewers, primarily within the Progressive Music circles. Since winning the Prog Magazine Limelight Award in September 2017, as vocalist of the Beatrix Players, Amy has supported an eclectic mix of artists such as Carl Palmer, Big Big Train and Steve Harley: winning over dedicated fans. Her emotionally-charged performances were surely behind the success of her next accomplishment - Prog Magazine Readers’ Female Vocalist of the Year 2018.

Amy has begun to spread her musical wings, performing duets with the wonderful That Joe Payne, forming a second project in Birks & Kroon, where she has started to work with the likes of legendary guitarist, Steve Hackett & world-renowned engineer, mixer and Gold Badge Award winner Nick Wollage.

As well as all of this, she has found the time to really find her feet, honing her own style for her upcoming, self-produced, debut solo album, set for release later this year.

Amy’s new single, Jamaica Inn is released on November 15th and available to pre-order via The Merch Desk.