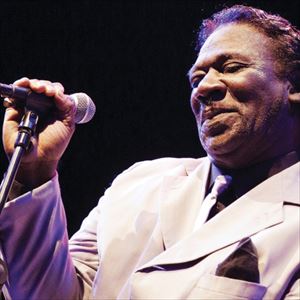 Multi-award-winning artist Mud Morganfield is an established star in the world of Blues music. The eldest son of the legendary Muddy Waters, Mud was brought up surrounded by many of the finest musicians in the Blues. Mud’s singing is firmly in best of traditions of Chicago Blues, but he is also a writer of great new songs and he is backed by some of the best musicians playing today. He is acclaimed by both critics and artists such as Buddy Guy and Jools Holland for his own musical ability.
Flying in from the USA Docks Academy proudly presents Mud Morganfield & band to salute Muddy Waters’ heritage and prove that the old songs can sound as fresh as they were 50 years ago.

Mud looks and sounds so strikingly like his old man, so much so that one of his dad's former sidemen said” it’s like watching a ghost in the flesh”. His big, powerful voice conveys deep emotional resonance on the slow numbers and good old fashioned testosterone-laden strut on those classic shuffles.
Mud’s latest album, They Call Me Mud, was released in March 2018 and is getting extensive airplay and great reviews. His award-winning album, Son of the Seventh Son was launched in 2012 and was nominated in the Best Album and the Traditional Blues Male Artist Album categories of the 2013 Blues Foundation Music Awards. He went on to appear on BBC’s Later with Jools Holland.