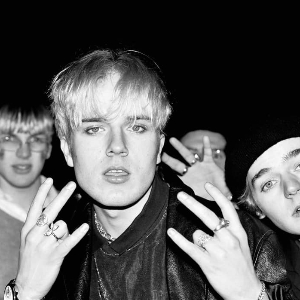 All Myriam Adams performances
Have tickets to sell? – Find out more

Myriam Adams are a Post Emo Pop band formed in the midlands by Freddie Hammond, Ethan Forde, Archie Shanahan and frontman Jacques Hete in 2019. They provide arena friendly catchy tunes with an extra touch of edge and personality. Their influences range from bubblegum pop to punk and they have been quoted as rebellious and genre stereotype breakers.

Within their first year of being together they have already attracted the attention of BBC Introducing that have played several of their tracks,accumulated over 50,000 streams on Spotify alone, played several festivals such as the main stage at Godiva and sold out headline shows.

Quentin Francis are a midlands-based supergroup spearheaded by Matty George of The Sunset Beach Hut, with Luke McCrohon (TSBH) on bass, Ross Carley of Echo Beach! on lead guitar and James Morris of La Dharma on drums.

Five O Five’s are a West Midlands based Indie Rock band who formed in 2019. Already in their young career they have played at the Actress and Bishop in Birmingham as well as a sold out show at The Tin in Coventry.Sadly the Covid-19 pandemic has robbed them of even more gigs they were scheduled to play in 2020. It has however given them more time to write and work on songs ready for a big push in 2021.