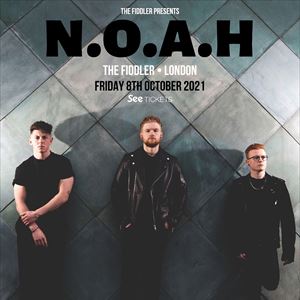 N.O.A.H is comprised of three lifelong friends, Ryan Hill,Adam Rooney and Ronan Hynes. The band was formed in January 2020, after the band decided to reform a previous musical endeavour. The band have taken inspiration in its naming, from the biblical story of ‘Noah and the Ark’, which is centralised around the theme of new beginnings. This idea is fundamental to the band’s vision and core values.

‘Their debut single is sure to cement them as an exciting up-and-coming act.’ Hot Press

‘If this is a taster of what this fresh starting trio is capable of then Bono should step aside and give the torch to this new generation.’Turn Up the Volume