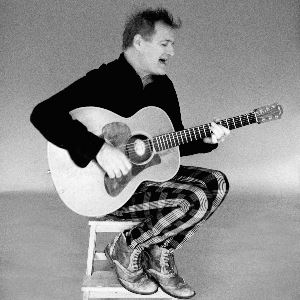 After a string of eclectic, theatrical projects - exploring swinging 60s London (58 Fordwych Rd); 19th century Fantasy literature and 1980s West Country romance (Phantastes) and an epic poem lost in time (A Wiltshire Tale), Nick is back, how nature intended: One voice. One guitar.

The Autumn shows will feature old favourites, a few forgotten gems from his extensive back catalogue and a taster or two from his forthcoming new album.

With extended studio time planned for next year, this may be the last chance to see Nick up close and personal for some time...

‘Harper has so much musicianship in him it just leaks out all over the place.’ —The Times
‘He deserves to become a major figure in his own right’—The Guardian
‘Dylan for the iPod generation…Betjemen with a guitar.’ —Guitarist
‘My musical discovery of 2016!’ —Tom Robinson, BBC 6 Music
‘One of the finest guitarists of his generation’ —Mojo
‘Acoustic Hendrix!’ —Guitar Magazine
‘Hey, the boy is good!’ —Robert Plant
‘That boy is too good.’ —Bert Jansch