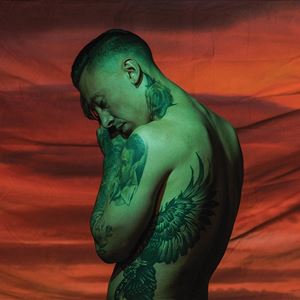 With a poignant, ruminative approach to his indie folk songs, Noah Gundersen moved from Olympia to Seattle, Washington to pursue a career in music, releasing his first EP, Brand New World, as a teenager in 2008. The yearning, acoustic folk of his first few releases, including debut album Ledges (2014), gradually made way for electric guitar and synths, culminating in the arena-sized flourishes of his third studio album, 2017's White Noise.
Born in Olympia, Washington, in 1989, Gundersen grew up in nearby Centralia with an extremely religious but also very musical family that frowned on secular music, a view that he eventually abandoned. He began taking piano lessons before he was a teen, and after inheriting an electric Epiphone guitar from his father in 2002, he started tracking songs on his father's recording equipment. By the time he was 16, Gundersen was gigging in local cafés, and in 2006 his sister Abby, an able violinist, cellist, pianist, and harmony singer, started accompanying him. The duo added a rhythm section and began performing as a full band under the name the Courage. Gundersen also formed the post-hardcore group Beneath Oceans in 2007, but after finishing an unreleased EP, the band called it quits in 2008 and Gundersen resumed his solo career. His first solo EP, 2008's Brand New World, was recorded in Eugene, Oregon, in a home studio and featured plenty of his sister's playing and singing. A live album with the Courage, Live at the Triple Door, appeared the same year. Two more solo EPs followed, Saints & Liars in 2009 and Family in 2011.
Arriving on Dualtone Music early in 2014, Gundersen's full-length solo debut was an acoustic album titled Ledges. He released the tour-exclusive EP Twenty-Something later that year, and an edgier but still intimate sophomore LP, Carry the Ghost, came out in the summer of 2015. Fleshing out his sound with occasional synths and prominent effects, 2017's White Noise marked his debut for Cooking Vinyl. The digital-only collection White Noise B-Sides followed in early 2019 before the release of his fourth full-length, the more personal Lover, in August of that year. Gundersen later issued an all acoustic album, A Raven and a Dove, featuring stripped-down versions of songs from Lover. A handful of singles like "Drawing Out the Line" and "Home" appeared in 2020.