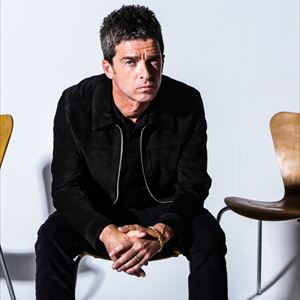 Noel Gallagher's High Flying Birds first emerged in 2011 with their eponymous album going double platinum in the UK and selling over 2.5 million copies worldwide. 'Chasing Yesterday' and 'Who Built The Moon?' followed, making it a hat-trick of Number 1 albums. Noel Gallagher has been at the forefront of the British music scene since the mid-nineties Britpop explosion. As a founding member and the principal songwriter of Oasis, Noel has sold over 70 million records, including the band's generation-defining albums 'Definitely Maybe' and 'What's The Story Morning Glory?'. His new single, 'Wandering Star', is taken from the 'Blue Moon Rising' EP, to be released in March 2020. At Forest Live, Noel with his 11-piece band will be performing tracks from his new series of EP's and from the impressive Gallagher back catalogue.