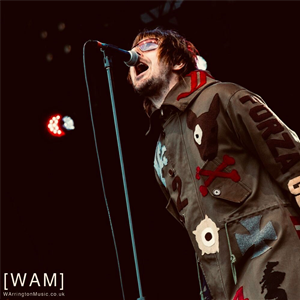 Oas-is - The UK's BEST and most authentic Oasis tribute band!

Oas-is are the only tribute to tour with a full video show, using some of the same equipment and visuals/footage that Oasis used on their tours.

Oas-is have toured all over the UK and Europe, performing live on prime time TV and at some of the most famous and prestigious venues in the country.

Oas-is have worked with the likes of Alan Mcgee and Oasis tour DJ Phil Smith, sharing stages with both many times.

Reviews of the band by those in the know are superb:

So, what's the story? Some might say that Oas-is are definitely, not maybe the best tribute out there!